Aha! Looking for some romantic gossip?  The Western, and particularly American, fascination with romantic love has always intrigued me. But more on LOVE later…

Many of you noticed my absence from these pages over the summer and wrote to ask if I was still alive…and teaching. The answer-YES! In fact, I taught 19 classes a week, 7 days a week, for 3 months this past summer. My students are probably wondering why and my fellow instructors are asking, HOW?

The answer to the first question is simple: Check out my earlier blog post: From Type A to Ahhhhhhh. Summer 2010 was an attempt to work my way out of debt, the result of a 2 week break in my health insurance coverage in 2005, during which time I had a car accident (of course). Thank you, karma! I had reached a point last summer where I could no longer cover both my debt payments and my pared down living expenses. The Universe responded to my prayers with a deluge of yoga classes.

As to HOW, the answer is simple: LOVE. Many instructors will insist that it’s impossible to teach that much and give consistently good classes. The work was coming my way, and I had the opportunity to teach since I wasn’t booked for any acting projects over the summer. So, how to teach 5 or 6 classes a day, with some days starting at 9:30AM and ending at 9:30PM?

I used everything YOGA has taught me thus far….and it worked! I started each day with my own meditation practice and the prayer to best serve my students. I considered each class as the only one I was teaching. At the start of each class, I looked at the group of people in front of me and asked how yoga could best serve them as a whole. Even if I was physically tired, the moment I saw all those smiling faces looking up from their mats-my fatigue lifted.

We Westerners often think of love as the Hollywood version of romanticized connection- an intimate relationship between two adults. I discovered over the past year that it’s so much deeper than that. Love can be a beautiful connection between two humans-any two humans. It doesn’t have to involve romance and can be as simple as connecting with the light of the soul in another’s eyes.

Unbeknownst to me, my former student (and acting coach extraordinaire) Seth Michael May had nominated me as NYC’s Favorite Yoga Teacher for the 2010 Backstage NYC Readers Choice Awards.  I was humbled to be voted runner-up and the only individual teacher featured in the awards. As a result, my classes were crammed to overflowing-with students from all over the world.

I walked into each class to a babble of languages and a chorus of  “Can we do pigeon?,” “Play the Latin playlist!”, and “We want restorative!” Imagine being greeted so warmly every time you walk into work. I am blessed with amazing, creative, and enthusiastic students in ALL the environments where I teach- from the conference room of the high end fashion house to Broadway Dance Center to the NYC university where I teach yoga in the aptly named Combatants Room.

And my students taught me something about LOVE this summer. We all face deep heartbreak at some point in life, and I learned that LOVE doesn’t have to be confined to a single partner or relationship.

At Sonic Yoga, I learned from assisting Jen Whinnen to give a shoulder adjustment at the start of savasana. As I lean over my students, I learn a lot about them as individuals. I see the talismans they wear around their necks, their piercings and tattoos, and who’s survived a tracheotomy or open heart surgery. On some well-known faces, I see the refinements of the plastic surgeon’s scalpel. As their faces relax into savasana bliss and I press their shoulders to the mat, I think of LOVE passing through my hands. Not romantic love, but an acknowledgement of the humanity that we all share.

Even after my workaholic summer, I still face several years of debt payments. But my students gave me a gift far more valuable-the knowledge that LOVE can come in many forms. In fact, there are limitless forms of pure and peaceful connection.

As I raced up and down Ninth Avenue between classes, I noticed a lot of strangers smiling at me. Oh dear-was my hair standing on end from too many headstands? Had I put my yoga pants on backwards-again? I finally realized that I was radiating unconditional love, and strangers on the street were responding to my unconscious smile. In order to receive such LOVE, I had to be sending it out.

LOVE can be: a friend helping you up the stairs after ankle surgery, a warm smile between friends, the willingness to listen and hold someone’s hand when they’re troubled and struggling, taking a walk together under a deep blue sky. All the simple pleasures that we share as humans, when the connection is soul to soul, positive , and uplifting.

So the next time you see a friend-or stranger-give a little LOVE by smiling at another human being.

One thought on “My Summer of LOVE” 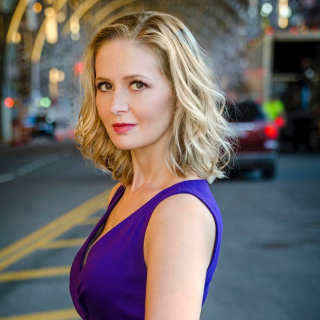 Life though my eyes...Actress based in NYC. Yoga philanthropist.

VOTE! Let your voice be heard. It's an action still available to all of us.❤️
5 years, 2 stores, 1 veterans nonprofit, and immeasurable personal growth, community, and support❤️
Get your ducks in a row to support @veteransyogaproject🐤
Remember & honor the fallen with support from Veterans Yoga Project.🇺🇲
Community is truly a blessing during challenging times.❤️
So happy to reconnect with my friend @afiveash yesterday!!💕
With my sweet friend and mentor Marshall last night at the theatre💕
With painter John Goodman at the gallery opening of his new show❤️
My favorite moment as a former teacher? When a student I've mentored joins me as a professional actress!❤